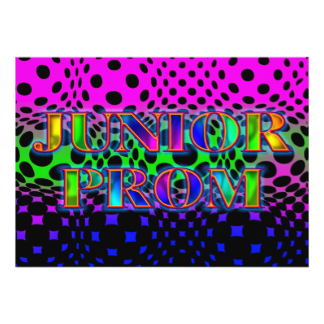 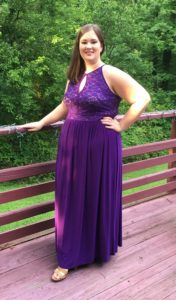 We survived our daughter’s Junior Prom. I say survived because it was indeed fraught (I love the way that word sounds when you say it out loud) with teenage trauma.

Planning started months ago – back when she had a boyfriend. She wanted a Promposal, high heels, a long dress, a fancy night out, primping with her best friend, and a photo shoot in the park with a group of friends. Then she and said boyfriend broke up. She decided to go with a girlfriend (tickets are cheaper if you buy as a couple). No Promposal, but long dress and high heels were acquired, primping plans made, and groups were formed for pictures (avoiding ex-boyfriend of course).

Then the week of prom arrived. The plan of having her nails done with her best friend turned into a group affair. Pushed into going to a more expensive salon because one person in the group insisted, she spent more money than she wanted to and hated the color she was talked into for her nails. She came home mad at herself for having bowed to peer pressure and frustrated with the whole experience. (Her father and I did spring for a color change.)

Her friends work schedule prevented dinner beforehand, and even put them in jeopardy of missing half of the dance. No group dinner or group pictures in the park before would happen.

A photo shoot at home with us, then tears of frustration while watching pre-prom pictures of friends on Instagram and Snapchat as she waited for her friend to hopefully get off work early (that was another whole story), which led to having to redo her makeup from all the tears. Finally the call came, her friend was off work, and would be ready in an hour. A speedy trip to her house for pictures and off they went, making it to prom on time!

In spite of having some money stolen from her purse at the end of evening, she had a great time. They stayed until the end of prom and then joined a group of 18 who descended on Steak and Shake.

We (her father and I) learned a lot from this experience (like how different it is when sons go to prom versus daughters). More importantly, we hope our daughter learned a few things from this experience. Things like wearing life and circumstances a little more loosely. To trust your instinct about what feels right for you and not bow to peer pressure. And most of all, to enjoy the ride.