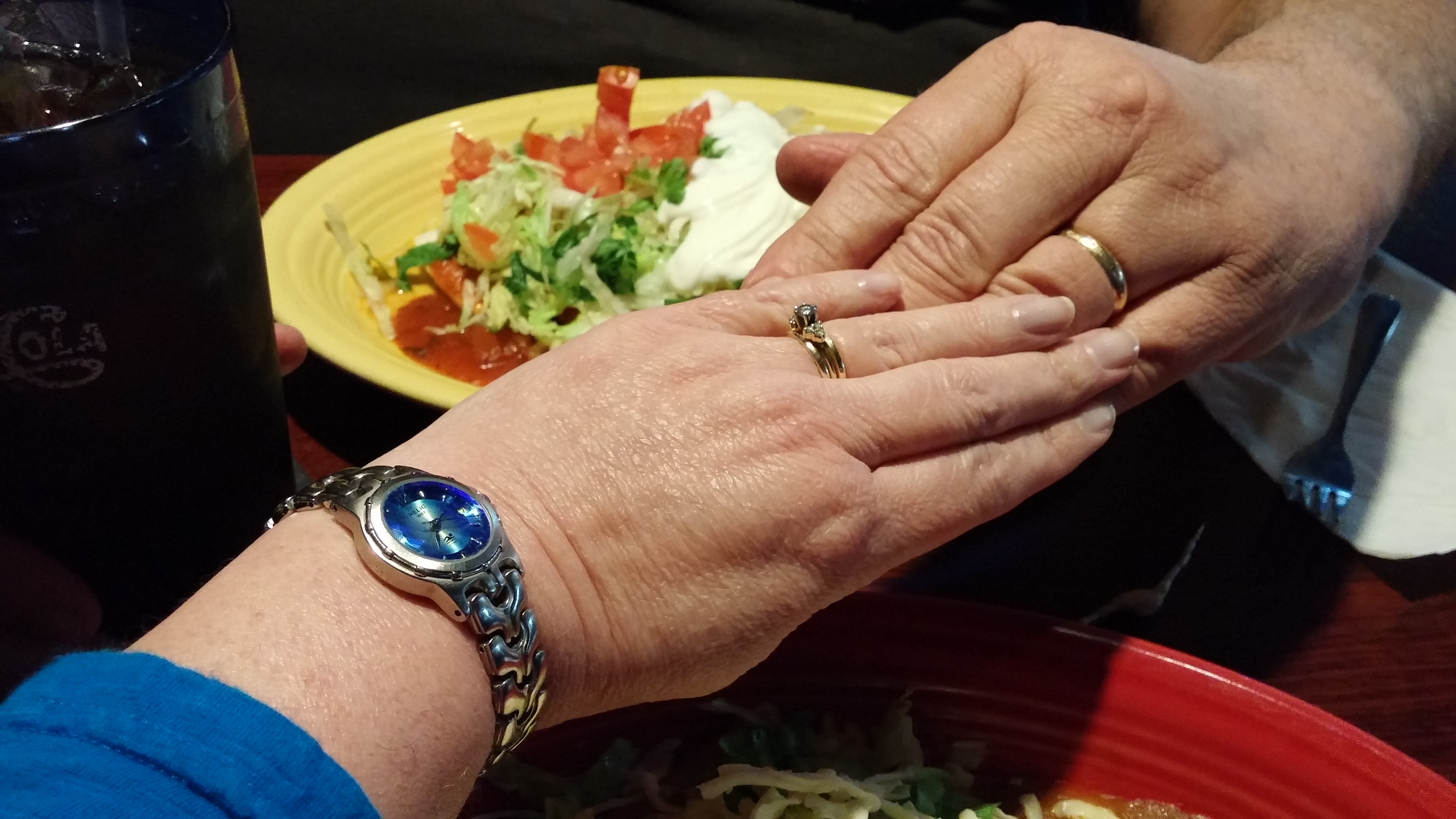 Yesterday my husband and I celebrated 27 years of marriage (yes, I filed my taxes the morning of my wedding). After work, we went to dinner at a local Mexican restaurant. At the end of the evening, as we were walking out, my husband did what he often does. He asked the hostess if the manager was around and could he speak to them please. She replied that the manager/owner was in and went to get him. A gentleman came over and asked how he could help. My husband then told him we had received a delicious meal, great service and it had been a very nice evening. The manager smiled and said he appreciated that. He was grateful to hear a good report as nine out of ten times when the manager is called it is to report a problem.

My husband does this whenever we have had a really good experience. That’s one of the things I love about him. Did I mention we’ve been married 27 years?

Last night make me stop and think. What if we made it a point to lift up the good? To praise people for doing a good job. I don’t mean a “trophy for every kid who showed up on the team” message. But acknowledging when people have truly done a good job. When they have gone a little above what is expected or necessary. Not only telling them, but someone in charge.

When I get a compliment or appreciation for something I’ve done, I truly appreciate that. Just the other day I received a thank you card from a parent visitor for a conversation we had at work. It was totally unexpected and I was encouraged. However, I’m not going to go to my boss and say “hey look, someone says I did a good job!”, that would be boasting. But if someone says to my boss, “hey, Sheila did a really nice job with “x,y,z”, that would feel really good.

So, my suggestion is this:

I wonder what kind of difference it might make if people praised as much as they complain?