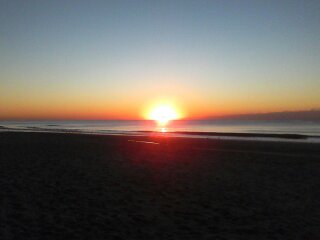 We tried to go out of town, really we did. I requested Friday and Monday off from work, my husband arranged his work schedule (he’s self-employed) and we made reservations per TripAdvisor’s recommendation. And yet, it just didn’t feel quite right. Then, at the first of the week, a friend’s father passed away and the funeral would be on Friday, about two hours away. Quickly my husband and I decided it would be the right thing to do to go to the funeral. We already had the time off anyway. It was almost with relief that we cancelled our reservations and made plans to both work on Monday.

We decided we would still take the weekend “off”. We took our dog to the kennel. We gave ourselves permission to accomplish nothing on Saturday. We slept late, ate stupid food, watched television, took naps. The only time we went out was to surprise our daughter at a concert she was part of that night. Sunday we did it again. We slept late, didn’t go to church, had a great talk about our five year plan both individually and together, took a nap, and watched British/Netflix television (we recently discovered The Bodyguard).

In this case, a “change is as good as a rest” proved true (we picked this up from Thomas the Tank when our kids were young). We ended the weekend feeling mentally and emotionally refreshed, physically rested, and ready to approach our paths with more focus.

Sometimes you just need a break from routine to refresh you and set you back on your path. We still like to get away and go to new places to recharge – but it’s nice to know it can sometimes be accomplished at home too. (I will admit, this is another perk of being an empty nester, obviously this wouldn’t have been as effective if we still had children at home.)

So, if you can’t “get away”, I encourage you to still make plans to unplug and make a temporary change to your routine. Maybe “change” will be “as good as a rest” for you too.