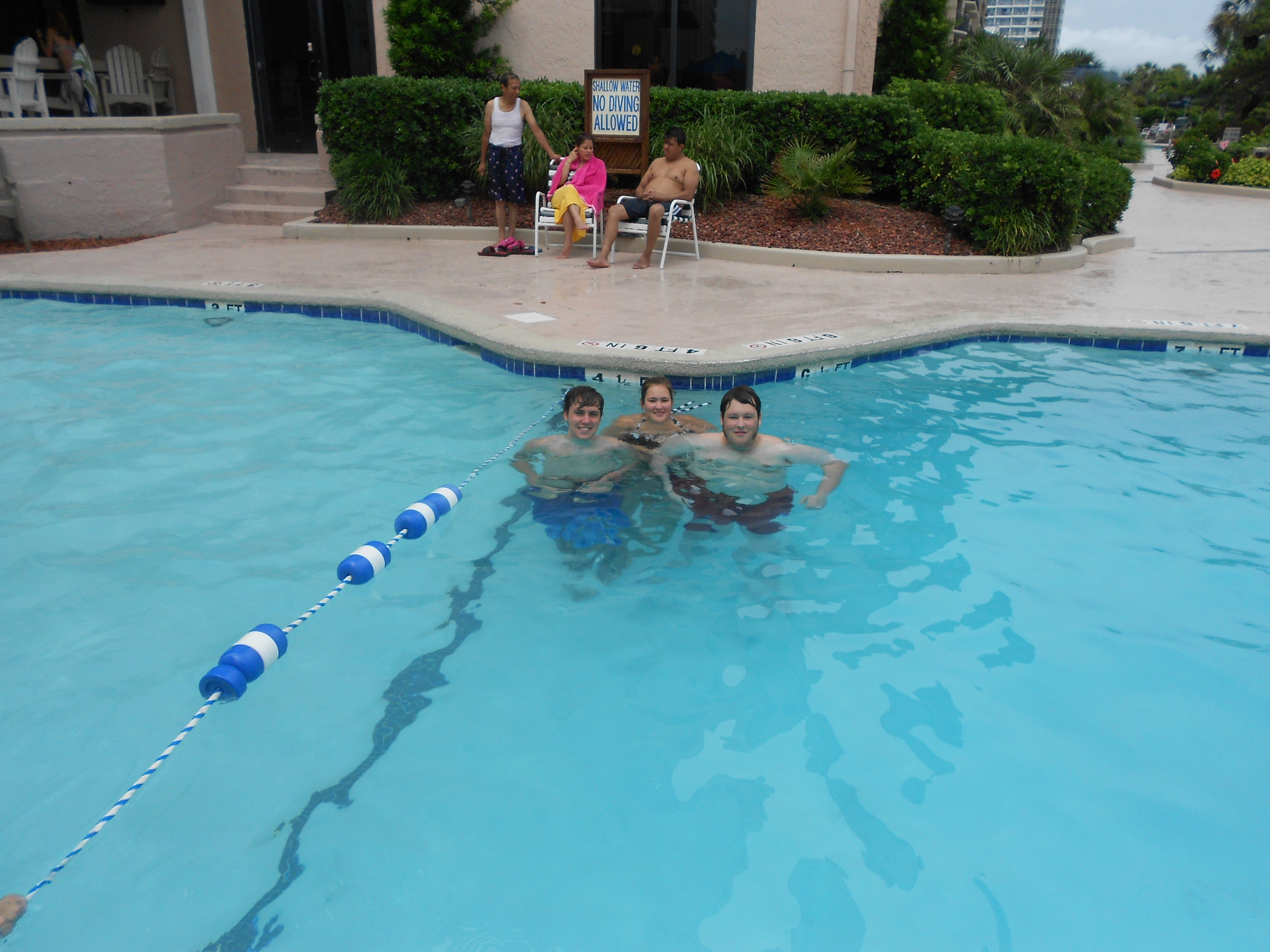 I’m a shallow end of the pool kind of gal. If given a choice, I would never get involved in controversial conversations, I’d take everything at face value, and I would seldom worry about anything other than the health and safety of my family. When I am forced into the deep end (literally and figuratively) I can survive by treading water, but am constantly worried about drowning.

My husband is a 12 feet deep kind of guy. He seldom shies away from controversy, believes that most things have a deeper meaning, and lives with a consistent concern about just about everything. He’s unhappy when stuck in the shallow end.

We were laughing about this last weekend at our son’s college graduation party. My sister-in-law had never heard me call myself a “shallow-end” person but she immediately grasped what I was saying (she’s a “deep-ender” too). My husband and I realize that without help from each other I’d probably be living in denial and he’d likely be mired down in depression.

The value of being such opposites in our “depth of living” is a moving toward the middle of the pool for each of us. I draw my husband toward the 6-8 foot deep area. There he can occasionally take things at face value (enjoy the movie as is), live in the moment, have some hope for the things he cares deeply about, and yet still think deep and profound thoughts and express strong opinions.

He pulls me toward the 4-5 foot middle of the pool. I stay close to the edge and am relatively comfortable there. I can express an opinion about political and social issues (those seem to often be intertwined these days), see that sometimes the song lyrics really mean something else, have some concerns about our society, and yet still live in the moment and generally believe the best of everyone.

Occasionally we both swim off to our preferred sides of the pool, but we find ourselves staying closer to the buoy line more and more. Even though the middle doesn’t place us in the same depth, we are close enough to hold hands. And that’s enough for both of us.